It is a well known fact that learning a different language brings a lot of benefits for the learner but did you know that developing this skill in your children in their early childhood makes a significantly powerful change? 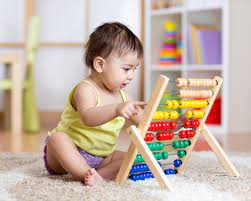 Learning Spanish the fun way definitely includes listening to a great selection of podcasts. You can improve your pronunciation by listening to Spanish words directly...

Benefits of learning Spanish from a young age (Part 2)

We continue with the second part of our series on the benefits of learning Spanish from a young age.